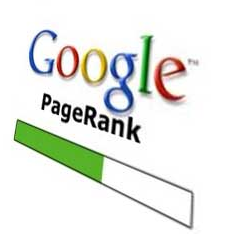 Google Page Rank is a link analysis algorithm which helps website to rank better in Google search engine (and in other search engines as well). Page Rank scales from 1 to 10 numerical, in which the 10th rank given to a website means It's The Best One. But it has now been 8 months Google has stopped updating its Page Rank algorithm after the last update in December 2013. In Search Engine Optimization, Page Rank is one of the most important metrics for every website, and that's an unfortunate for many websites which are not desirably ranked - currently. So, the question is; Why Google Has Stopped Its Page Rank Updates? Will Google Update It's Page Rank Ever Again? Scroll down!

Why Google Has Stopped Its Page Rank Updates?

The last update of Page Rank in December 2013 wasn't on purpose, apparently there should be some problem with the algorithm. According to Google's Matt Cutts, there is been a break down in the 'pipeline' of the Google Page Rank to send updates to the toolbar, which means it would not update automatically. Google says that people are obsessed about Page Rank, though it's not important anymore and perhaps, fixing the issue isn't much priority. According to Matt Cutts, "Team was fixing a different back-end service and did a PR update along the way."

Will Google Update It's Page Rank?


The functionality of Page Rank algorithm is active apparently. So, it's quiet unsure whether the page rank has been jinxed. The point to notice is that there is a breakdown in the 'pipeline' of Google Page Rank to send updates to the toolbar, so still Google is updating it's page rank for it's internal use. Nobody is aware about the Page Rank in outside world. There is a bit of confusion here that Google thinks people should keep their data up-to-date, and at the other hand they think people are obsessed over it a lot. There is no-knowledge about the plannings of Google.

Share your views in the comment below about the Google Page Rank updates - They'll be updated again or not?

That's all for now.

Mistakes That Could Jinx Your Blog's Status