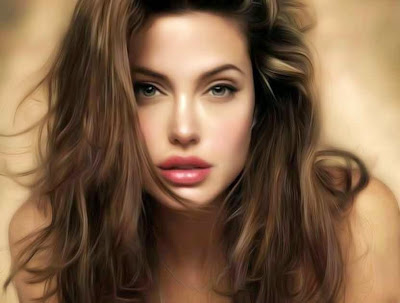 Hollywood is always been a very top industry to have richest people working within it. Many actors and actresses get their high reputation because of their wonderful acting scenes and beauty that inspires lot of people around including us, in fact. It doesn't matter if our favorite character gets flopped but we still watch them on our television screen because we definitely like them. With lot of questions click in our minds concerning them, sometimes we start thinking about how much money do they earn and how much assets do they acquire? So, here we are going to take a look at the list of Top 10 Wealthy Hollywood Celebrities who have earned better fortune in 2015. 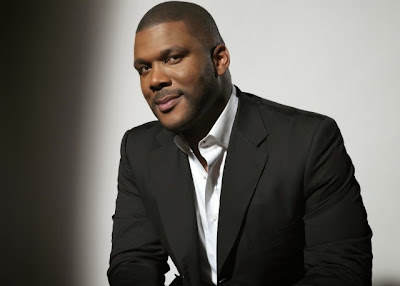 Tyler Perry made his Hollywood acting debut in 2005 starring in the movie 'Diary Of A Mad Black Woman'. In 2006, he acted in his second movie 'Madea's Family Reunion' which was also promoted in Oprah Winfrey Show. Almost all of his movies were better with his role-playing performances. Tyler Perry has struggled a lot in his life cycle to reach not just the level of best actor, screenwriter and director, but also he was one of the richest celebrity in Hollywood in 2014 with the net worth of $400 Million. He has played a vital role as a producer and a author as well. He also had written a song for Gospel genre that got him good reputation as well. 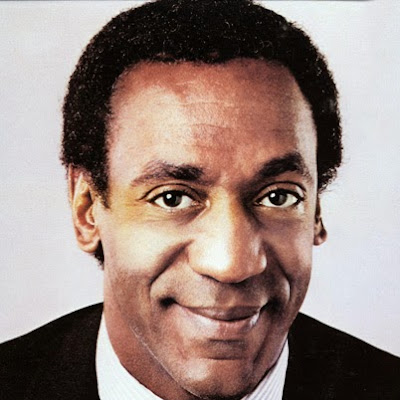 Bill Crosby has always inspired his viewers with his top-class stand up comedy. He has been very much successful in his career in Hollywood with lot of his accomplishments and work dedication to the industry. Along with his comedy and acting, he is also known best as a activist, educator and musician. Bill Crosby is a old-hand in comedy! Bill Crosby's first contract with Warner Bros released his debut 'Bill Crosby Is A Very Funny Fellow...Right!' in 1964, which was his first comedy series. 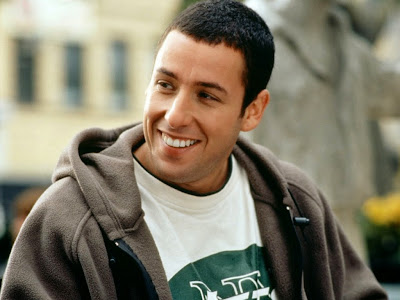 Adam Sandler is always been liked for couple of things including his being an actor and comedian, also a director and producer. It is now like is getting himself engaged in drama-type film acting as he did starred in Reign Over Me in 2007. He has also started a production company in 1999 called Happy Madison Productions and began producing movies and television series. 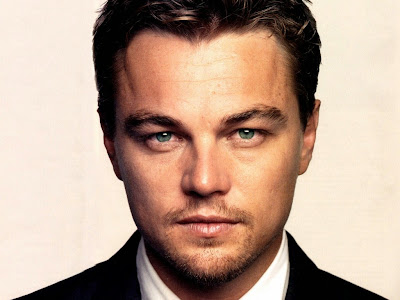 Leonardo DiCaprio is an interesting and idol character in Hollywood industry. He is not just famous as a actor, but also he is a great director. He struggled in his career a lot, and when he appeared in sitcom Growing Pains in early 1990s, he inspired lot of his fans. He has been nominated for 10 Golden Globe Awards and 5 Academy Awards till now in his entire career. Not just that! Leonardo DiCaprio has also earned some more awards for some of his interesting movies. 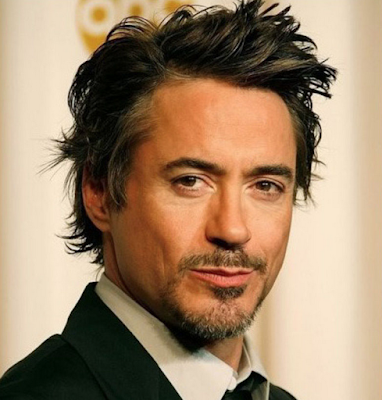 Robert Downey (Junior) has too much fame in Hollywood industry due to his fabulous acting characteristics. The man first appeared in a film 'Pound' which was released in early 1970, at the age of five with his father Robert Downey (Senior). He is well-know for his SuperHero role in Iron Man movie, and he has also been on a Forbes Magazine list of Highest Paid Actors. 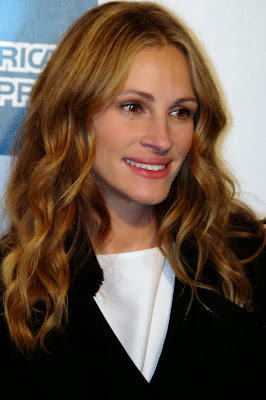 Julia Roberts appeared on a big screen in the movie 'Satisfaction' in 1988 with Liam Neeson. Then she became popular after starring in the movie 'Pretty Woman' in 1990 that got her nominated for Golden Globe Award. Her role as a young bride in Steel Magnolias got her nominated for her first Academy Award in 1989. She has also earned more awards as a wonderful actress and artist. Her most inspiring film at first was 'Pretty Woman' that got her much reputation in the Hollywood industry for her wonderful role-playing and that is the first time she was picked up to the heights of valuable actress in the world. Julia Roberts has also got the title of being one of the 'Most Sexy Women Of All Time'. 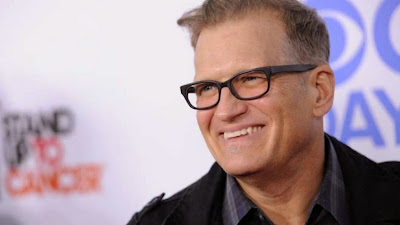 Drew Carey had a very busy career not just in Hollywood, but also he have worked in U.S Marine Corps. He have also been a minority owner of Seattle Sounders FC, the Major League Soccer team. The man also has some photography skills and he is also a self-described libertarian. He is well-known as a best comedian so far who has inspired lot of people with his comedy sitcoms "Whose Line Is It Anyway?" and "Drew Carey Show". He also holds the record of being a most money winner as a celebrity in a show called "Who Wants To Be A Millionaire?" with $532,000. 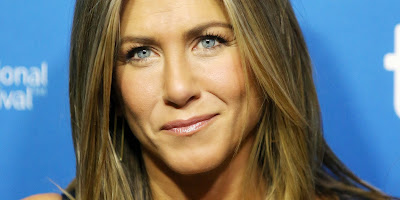 Jennifer Aniston started her career with appearing in several failed Television shows back in 1989 and 1990. She appeared in The Howard Stern Show in 1989, and also in Molloy TV series in 1990. She was very disappointed with appearing in unsuccessful TV shows. Later, she received many offers of appearing in TV Live Shows, but finally she got successful points with the appearance in the Hollywood comedy movie Bruce Almighty in 2003. She than began with successful hits and got nominated for plenty of awards including a Golden Globe Award, Emmy Award and Screen Actors Guild Awards. Her struggle pays her off for not giving up her career because of some unsuccessful hits and she now deserves to be on this list. 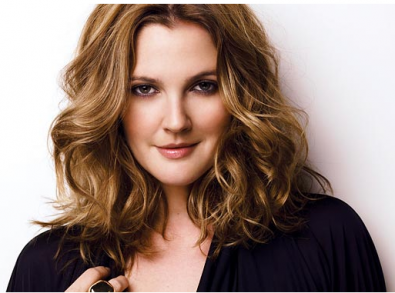 At the age of just 11 months, Drew Barrymore appeared in the dog food commercial. Then in 1980, she starred in the movie Altered States in which she appeared just for short time, and that's where she made her Hollywood debut. One year later, she got a child role in another movie E.T. The Extra Terrestrial, as a younger sister of Elliott, and that's what made her one of the most famous child child stars of that time and earned her "Young Artist Award" and "Best Supporting Actress In A Motion Picture" in 1982. Then in 1984, she played a role as a young girl who divorces her parents in the movie Irreconcilable Differences, and she got nominated for Golden Globe Award and Screen Actors Guild Award. She had a very successful experiences since the beginning of her career. 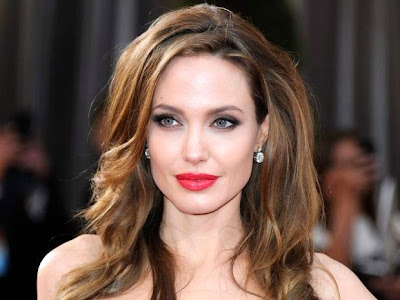 Angelina Jolie is known as one of the all-time favorite and sexy actress of Hollywood. She is not just an actress, but also she is a author, director and screenwriter. She started her career at the age of 18, when she made her Hollywood debut as an actress with the low-budget movie Cyborg 2 in 1993. She appeared in some more movies like 'Hackers' in 1995 and 'Without Evidence' in 1995. Finally, she got successful with the movie 'George Wallace' in 1997, for which she received Golden Globe Award and got nominated for Emmy Award. Once she got successful, her career got boosted and she got famous in all over the world. Angelina Jolie has received Academy Award and two Screen Actors Guild Awards, along with receiving Golden Globe Award thrice.

That's all for now! If you've found your favorite actor or actress inside above, then kindly let us know to see how many fans do they have all around.

Give us a feedback!